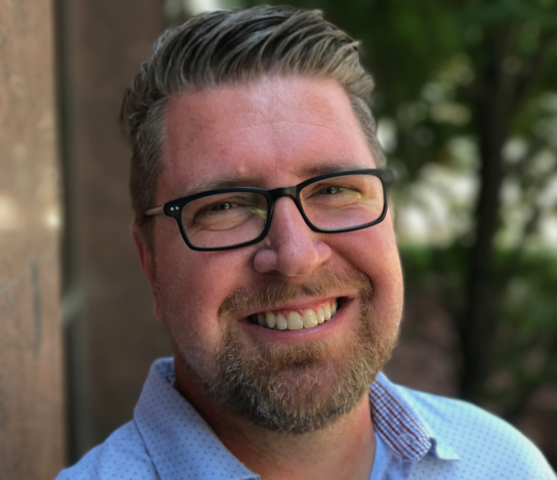 Jaren Angerbauer currently manages deliverability and Postmaster operations for Proofpoint, and is responsible for monitoring reputation for Proofpoint’s global network infrastructure. Mr. Angerbauer has over 15 years of email security, anti-abuse, and email deliverability experience, and is active in the information security community, including M3AAWG, APWG, and InfraGard. 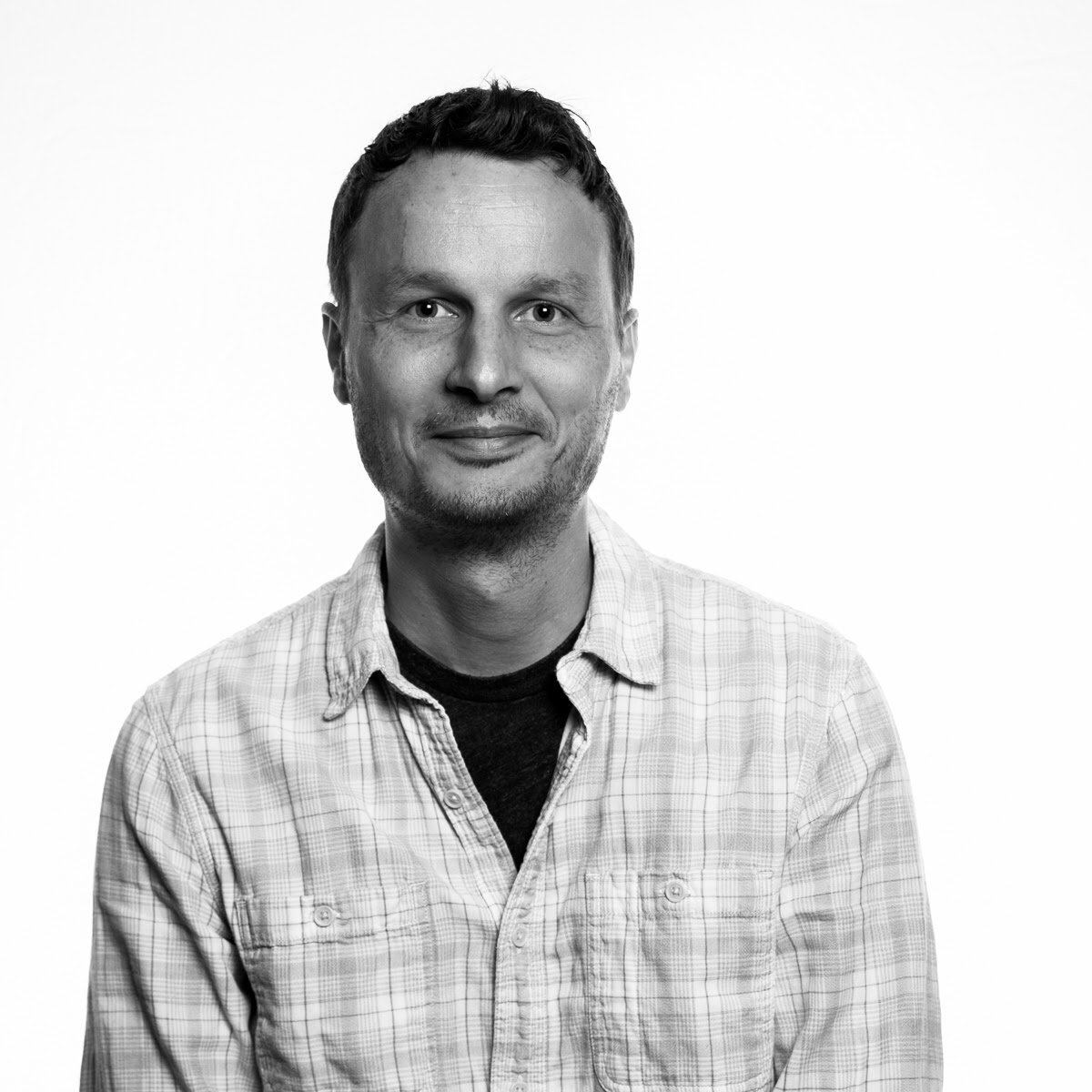 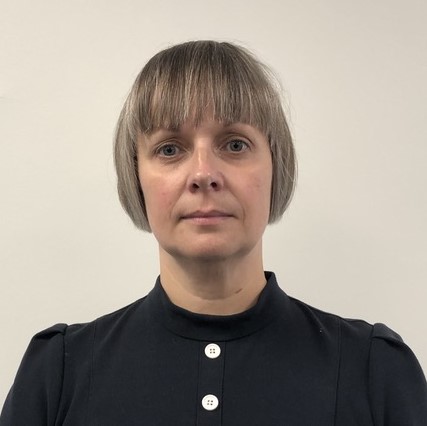 Deborah Evans is the Chief Privacy Officer at Rogers Communications, where she is responsible for privacy across all lines of business, including management of CASL and telemarketing rules. She is also responsible for Rogers’ relationship with the Office of the Privacy Commissioner and the CRTC Enforcement Branch.

Deborah joined Rogers in 2007 and has progressed through various positions within the organization Regulatory team, including representing Rogers at numerous proceedings and government hearings, and implementation of the CRTC’s Wireless Code, prior to assuming responsibilities for the privacy portfolio. As well, she managed Rogers Office of the Ombudsperson for 18 months.

Deborah holds a Bachelor of Arts (Honours) in Politics from Brock University; and a Masters of Public
Affairs, with a specialization in European Integration, from Carleton University. 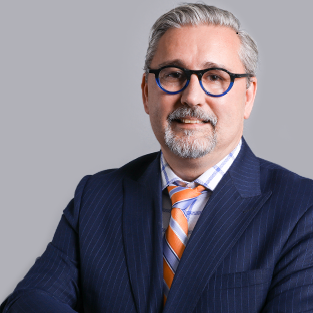 Steven was appointed Chief Compliance and Enforcement Officer (CCEO) at the Canadian Radio-television and Telecommunications Commission (CRTC) in November 2016.  He is responsible for the enforcement of the Unsolicited Telecommunication Rules, Canada’s Anti-Spam Legislation, and the Voter Contact Registry.

As the CCEO, Steven’s leadership approach is to promote compliance with the applicable legislation and regulations through education and outreach and, when necessary, encourage and enforce compliance through both traditional and innovative approaches.

Steven joined Canada’s converged communications regulator in 2002 and has developed his expertise in both broadcasting and telecommunications through various positions of increasing responsibility. As Director General, Strategic Policy from 2012-2016, Steven led the development and implementation of key Commission policies, including: the Wireless Code of Conduct, Video Relay Service, and Broadband Performance Measurement, through his leadership of the Social and Consumer Policy, Network Technology and Strategic Policy and International Affairs teams within the Consumer Affairs and Strategic Policy sector of the CRTC. 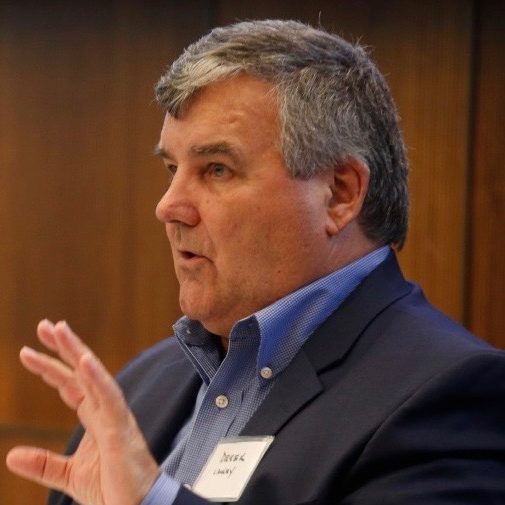 Derek is Managing Partner of Newport Thomson, a data & privacy consulting firm based in Toronto. In his volunteer role as President of the Direct Marketing Association of Canada he has provided leadership in the area of privacy and marketing. He is also the Publisher of Blazon.Online a curated portal featuring great content for marketers. www.blazon.online

Educated in Marketing at University of Toronto, Derek applies creativity to his business strategy while placing a strong emphasis on results. At one point in time, seven of the nine brands handled by his full service ad agency were #1 in their categories in Canada. 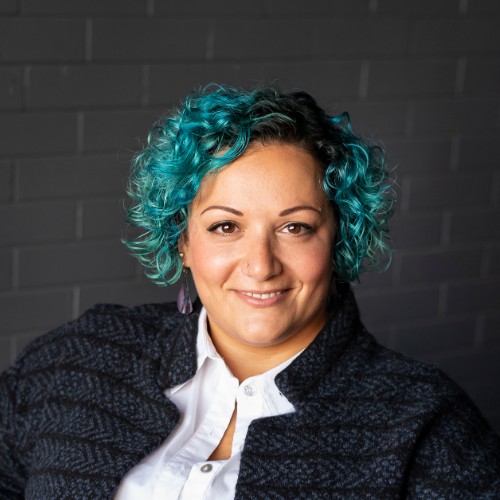 Meet Anna Liscio, executive leadership coach extraordinaire, and career savante.  Anna empowers forward-thinking, and driven, emerging and senior leaders to lean into their unique strengths, and ambitions so they can lead with confidence, and have a more rewarding career or business.

With over 14 years of  corporate experience in operations and technology, Anna brings authentic leadership, professional development, business strategy and process optimization to the table for her clients. Anna helps her clients refine their focus, and optimize their growth potential to achieve their version of success while staying true to themselves.

A key contributor to Toronto’s email marketing community, you’ll often find Anna speaking on stage, facilitating workshops, and connecting with folks at the Toronto Email Marketing & CRM meetups and in the Facebook group.

Anna’s signature ‘Embrace You + Be Successful, Too’ method elevates and empowers. Clients love Anna because of her candor, enthusiasm, and unshakeable commitment to helping them achieve the promotions they deserve, lead a high performing and engaging team, and feel valued, seen and taken seriously in their career. 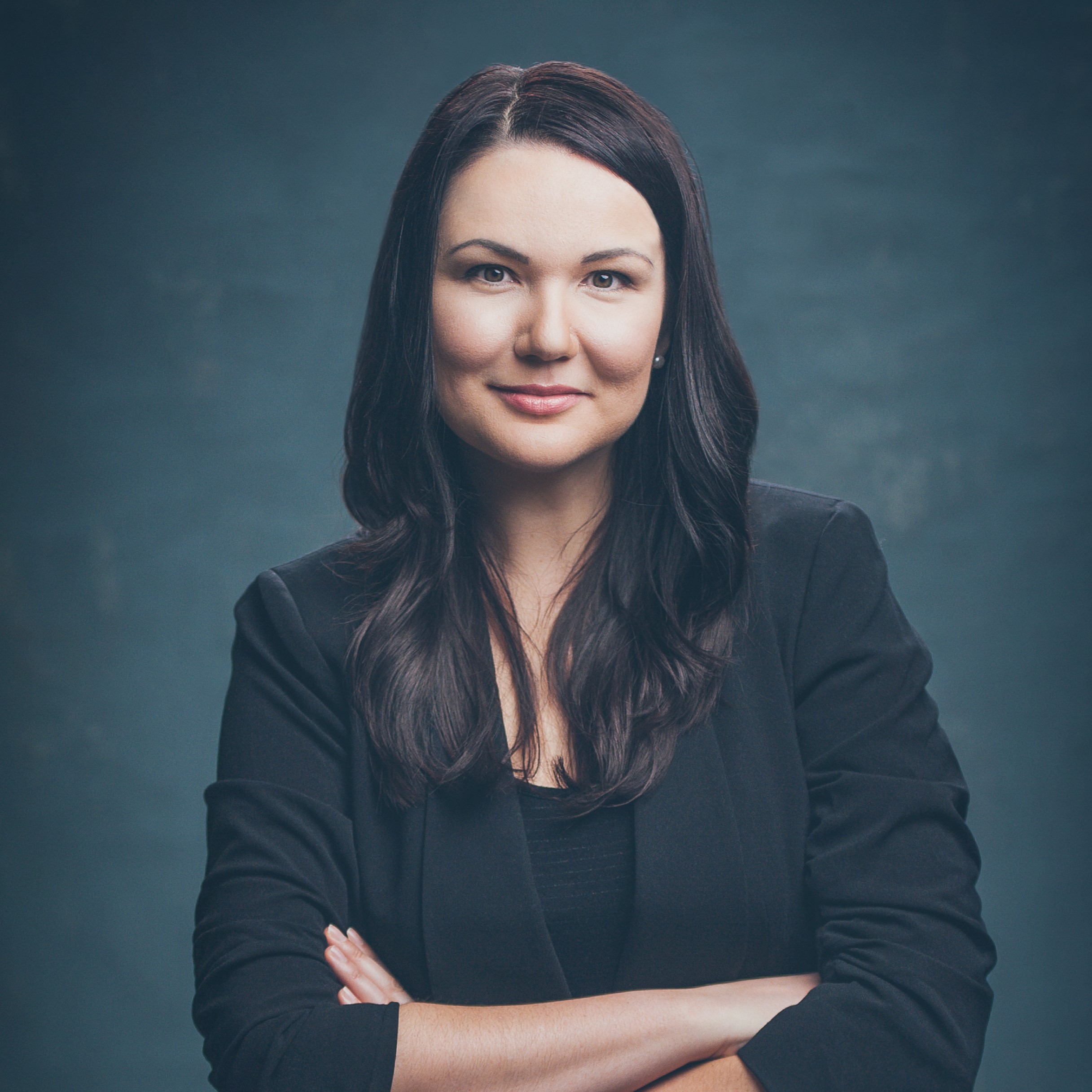 Nadia is a career marketer who helps businesses connect with their customers through meaningful digital brand experiences. Currently, she is at TeraGo – helping foster digital innovation and growth while keeping a laser sharp focus on customer experience. Over the years, she has worked at companies big and small, in various categories and segments, producing revenue marketing strategies in Canada and abroad. In 2019, Nadia was added to Marketo’s Fearless 50 list, being recognized as one of 50 top marketers around the world leading and driving digital transformation within their organization and industry. 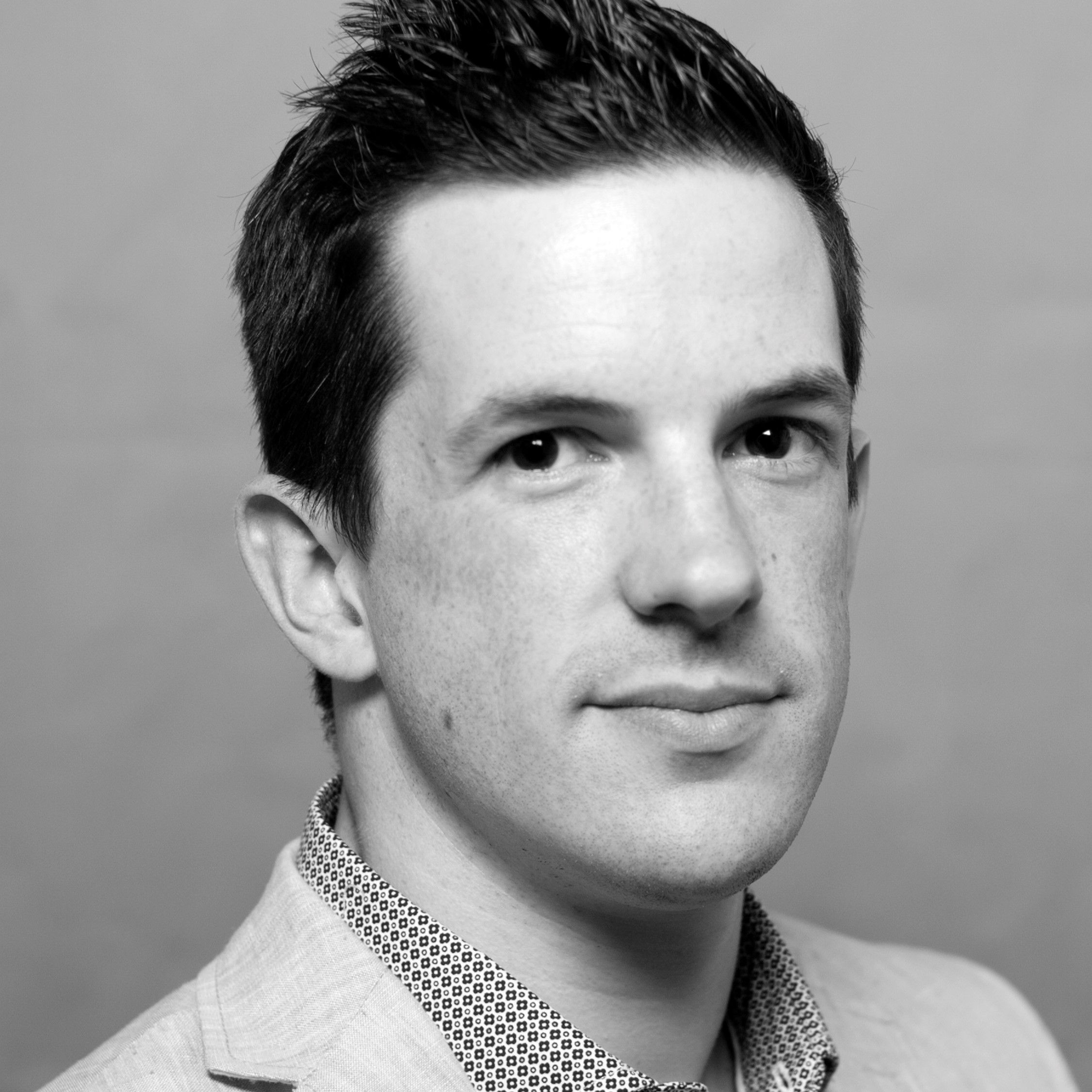 With over 10 years of industry experience Daniel has worked in a number of verticals, including Hospitality, Automotive, Retail, FinServe and Telco, on both the agency and client side. Daniel brings a breadth of martech knowledge that can plug in to any context. 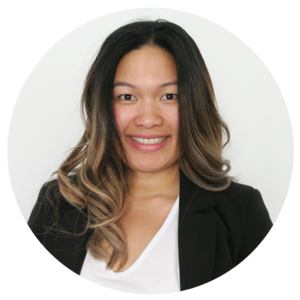 As a Senior Marketing Automation Specialist, Kwanta has a passion for delivering an excellent consumer experience using data-driven decision making. Kwanta’s responsibilities include growing and retaining consumer demand and developing communications to inspire Canadians to invest in their homes. In her spare time, Kwanta loves to cook authentic Thai food, travel and hit up the local F45 gym. 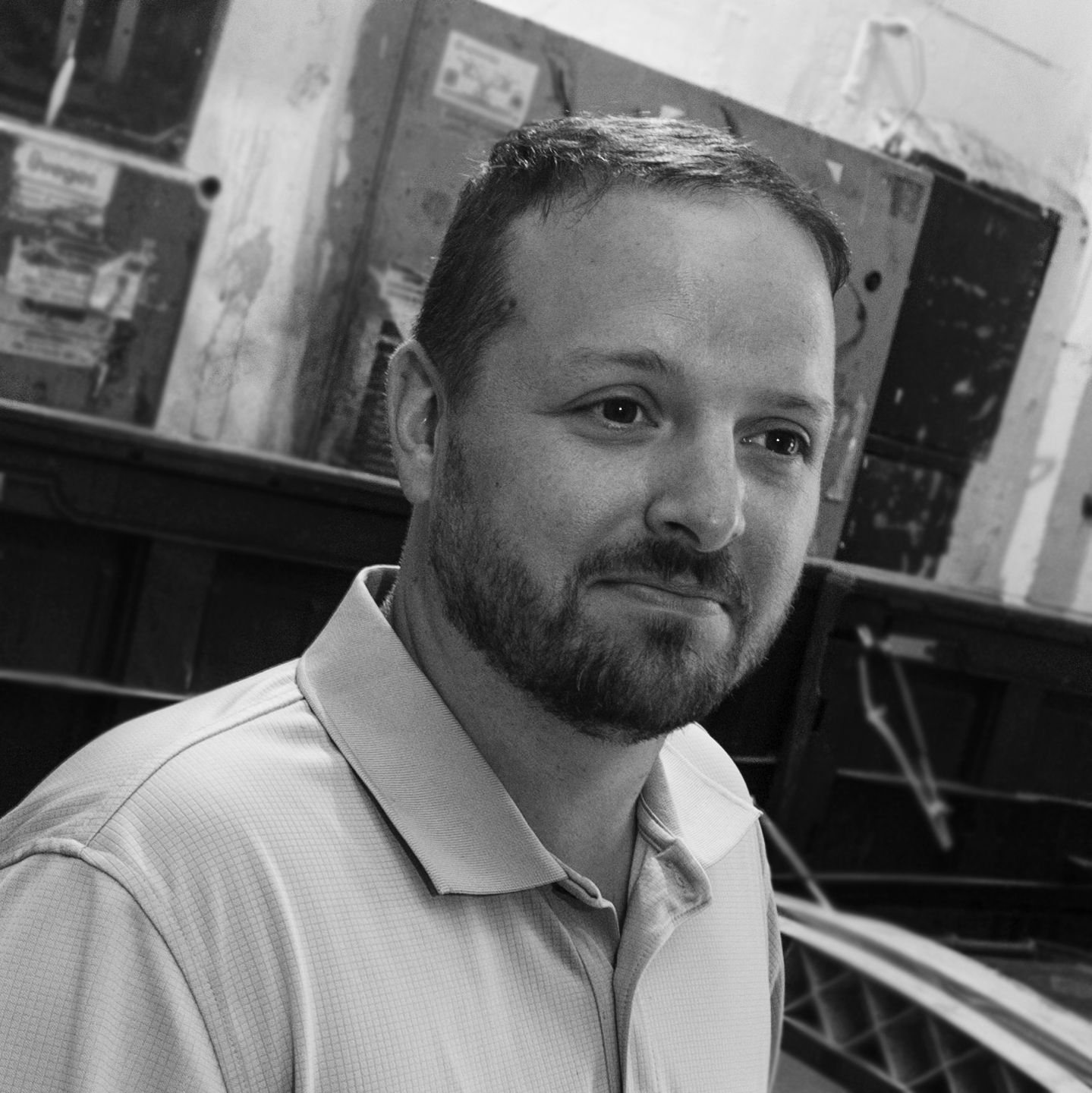 Matt is a seasoned anti-abuse advocate with over a decade of experience in email, cloud hosting, and general internet abuse. The internet community is where Matt’s passion lies.  By coming together and sharing lessons learned, Matt believes that this community has the power and means to combat abuse on the internet.

As  Industry Liaison for Spamhaus, Matt gets to put his experience into practice; working alongside a multitude of companies and organizations to drive forward Spamhaus’ mission of making the internet a safer place for everyone.  Additionally, Matt is an active participant at M3AAWG having served two terms on its Board of Directors and authoring the Hosting Committee’s best common practices. 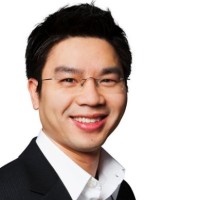 As Head of Marketing and Strategy (Canada), Minh is presently responsible for overseeing Symplify’s North American marketing initiatives and is a key member of the global marketing team.

With 20 years of experience in digital, Minh has consulted for a number of leading national brands in the retail, media, and hospitality sectors. Previously, he has held management roles responsible for consulting services, digital operations and product management.

A graduate of Queen’s University, Minh is currently pursuing his Executive MBA at Kellogg-Schulich School of Business.   He also serves as an advisor to various startups. 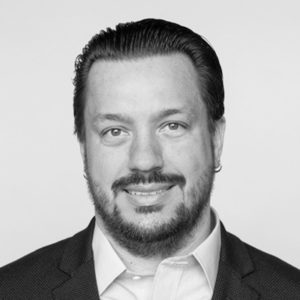 Matthew Vernhout is a digital messaging industry veteran and Certified International Privacy Professional (Canada) (CIPP/C) with nearly two decades of experience in email marketing. Matthew is 250ok’s Director of Privacy, the Vice Chair of the Email Experience Council (eec), director at large with the Coalition Against Unsolicited Commercial Email (CAUCE) and the founder of the Canadian Email Summit. He is a trusted industry expert, recognized as the 2019 EEC thought-leader of the year, speaking frequently at email marketing and technology conferences around the globe, and maintaining his celebrated blog, EmailKarma.net. 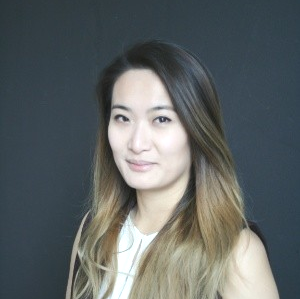 Her experience in Digital marketing started over a decade ago at a Global Advertising Agency working with diverse clients like IBM, Cogeco, Tim Hortons, and US pharmaceutical companies. She has a love for learning and is also an instructor at York University Continuing Studies for Digital Marketing.

Connect with many of the brightest minds in Canada regarding email marketing for a series of thought-provoking topics that will change the way you use email marketing in your organization.